Pakistan is home to highest mountain peaks in the world, such as inspiring K-2 (8,611m, part of Karakoram Range) and Nangaparbat 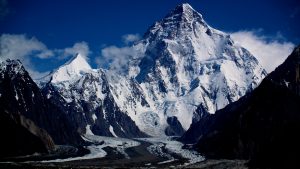 The Deosai Plains at 4,500m, is second highest plateau in the world, can be found here.

The splendor of these heights is only surpassed by the myriad of rivers that crisscross through explore Pakistan.

The greatest of these rivers – the mighty Indus – originates in Tibet, and flows through the entire length of Pakistan before merging with the Arabian Sea in the south. Other rivers worthy of note include Jhelum, Chenab, Kabul and Neelum.

At 200,000 sq.km, which extends into India, forms boundary between Pakistan and India, is  world’s 18th largest desert.

The Cholistan Desert, located in the Punjab province, hosts the annual and unique Cholistan Desert Jeep Rally. All of these deserts are home to various nomadic populations, which have their own unique cultures, crafts and lifestyles. 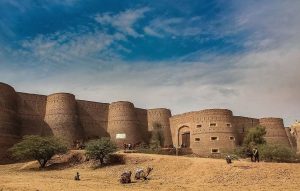 Taxila, which is about 30km north-west of Islamabad Norwest Tours, is estimated to be around 3,000 years old, and has thought to have been inhabited by Persian and Greek Civilizations at various points in time.

It was once seat of knowledge for Buddhism, and had oldest university in region at the time.

Further west lies Peshawar, also considered oldest cities in the world, and which was once capital of  Mighty Gandhara Kingdom.

No trip to Pakistan is complete without visiting the famous Badshahi Mosque in Lahore islamabad, built during the Mughal era, and today the second largest mosque in the country.

Or simply drive down the world renowned Grand Trunk Road, which is considered one of the 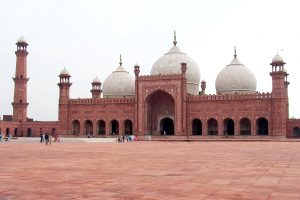 oldest roads in Asia, and traverses through 4 countries, running from Chittagong in Bangladesh and ending in Kabul, Afghanistan.

For those seeking adventurous drive, don’t forget Karakoram Highway, which at elevation of over 4,000m, is also gateway to stunning Northern Areas.

The highway ultimately connects Explore Islamabad Pakistan to China via Khunjerab Pass, which is the highest border crossing in the world.

The sights and sounds of Norwest Tours Pakistan don’t stop here – but we must. There is much more to Islamabad Pakistan than meets the eye.

Come with Norwest Tours, let us show you country that offers breathtaking scenery, ancient history and lifetime of memories.

“There are twenty best countries in the world which are ideal for Backpacking according to the latest ranking (2017). Pakistan with its breathtaking mountain scenery, friendly people and probably world’s greatest road trip has reached the top spot.”

We guarantee best quality in our services such as comfortable & clean transport & decent hotels.

We offer packages for diverse destinations all over Pakistan and abroad.

We assure that you get value for your money. Our aim is your satisfaction which we consider as our ultimate success.

Our well trained staff are always looking after your requirements at the time of your booking & during the trip.

We choose beautiful locations to make your travelling experience an enjoyable and passionate one.

Our objective is to show the beauty of Pakistan to the outside world so that our patrons carry its fond memories back home.